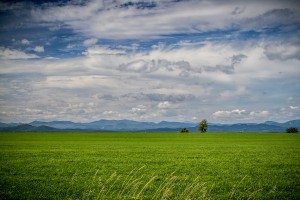 From mountains to sugarbushes, quaint villages to culturally diverse cities, Vermont offers something for everyone. Located in the New England region of the United States, Vermont is the second least populous of the fifty states. It rests between the borders of Massachusetts, New Hampshire, New York, and our neighbors to the north, Quebec. The state capital is Montpelier, but its most populous city is Burlington with a population of just over 200,000.

Vermont is not to be missed whether it is your main destination our part of your visit to the New England states. Vermont was originally inhabited by the Native American tribes of the Algonquin and the Iroquois. Its name however is thought to have come from the French verts monts, which means green mountains. The Green Mountain range runs north-south just west of the center of the state. There are two other mountain ranges in Vermont the Taconic Mountains located in the southwest and the Granitic Mountains in the northeast. The highest mountain in the state is Mount Mansfield. Vermont is the largest producer of maple syrup in the US, with more than 75% of it being covered by forests. The rest of the state is comprised of meadows, uplands, lakes, ponds and marshlands. There are two parks that are part of the National Park Service. They are Marsh Billings-Rockefeller National Historical Park which is located in Woodstock and the Appalachian National Scenic Trail which runs through other states as well.

Due to its abundance of mountains Vermont boasts some of the largest ski areas in New England. A few of the popular ski destinations are Burke Mountain Ski Area, Bolton Valley, Smugglers’ Notch, Suicide Six and Sugarbush, just to name a few. Vermont isn’t just for winter though, there are many popular summer resort towns as well including Stowe, Manchester and Wilmington that offer resorts, hotels, restaurants and shops. Vermont is such a popular tourist and vacation destination year round that 15% of the housing in the state is classified as seasonal or recreational use which is the second highest percentage nationwide.

Whether you enjoy the rustic beauty of mountains or the fine food and wine found in Burlington which was recently named the Perfect Small City by National Geographic Traveler, you are sure to find what you are looking for it this top U.S. destination for travel.

William Bailey Travel invites you to explore this and other popular destinations for travel with us again. Become a more informed traveler and make the most of your vacations with tips to help from William Bailey.

William Bailey In the News